WITH BOOTS BY MEYER RANCH BOOTMAKERS 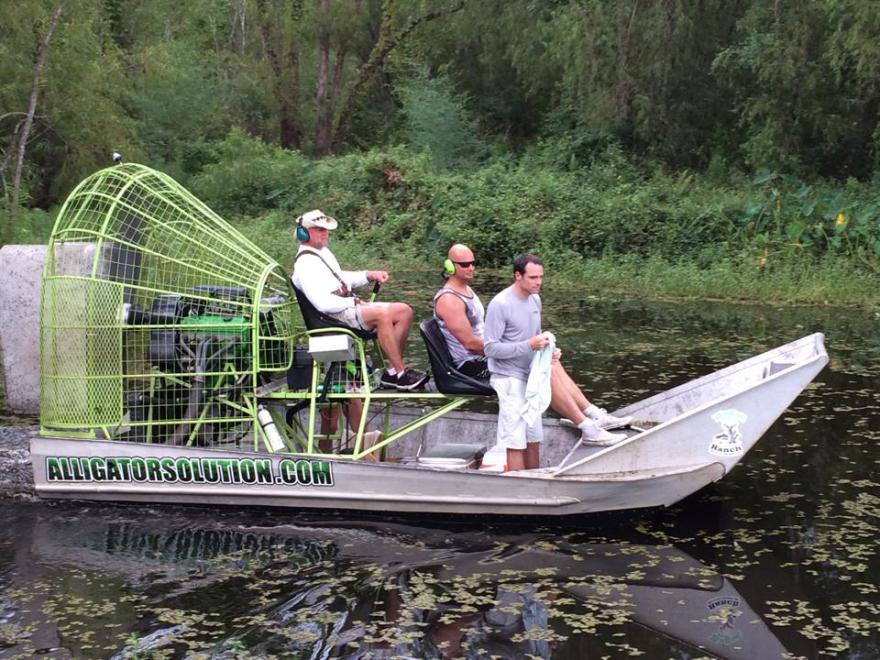 Alligators have been harvested for some two hundred years. Alligators were first harvested in Louisiana in great numbers in the early 1800's. These alligators were harvested for their skins which were used to make boots, shoes, and saddles, and for their oil used to grease steam engines and cotton mills. The demand decreased when the leather made from the skins was thought not to be durable. In the mid 1800's the demand for alligator skins increased again. These skins were used to make shoes and saddles for the Confederate troops during the Civil War. In the late 1800's and early 1900's, commercial tanning processes began in New York, New Jersey and Europe. Because this process made the alligator skins soft, durable and more pliable, the demand for alligator leather increased dramatically. By the mid 1900's Louisiana’s alligator population had been significantly reduced. In 1962 the alligator hunting season was closed statewide due to low numbers. The reduction in numbers was a result of non-regulated harvests. Detrimental harvest practices included overharvesting (today harvest quotas are set annually for each property currently hunted), non-selection of sexes which often resulted in overharvesting females (males currently comprise approximately 70% of adult alligators harvested) and no closed season, allowing hunting to coincide with nesting, which resulted in the harvest of future populations by harvesting females before they could release hatchlings from the nest or even begin nesting (current seasons are conducted in September after nesting). Through protection, research and management, Louisiana’s alligator population increased to a level capable of sustaining harvests. In 1972, the alligator season was opened only in Cameron Parish and lasted 13 days. Other parishes were gradually added until the season became statewide in 1981. Louisiana’s wild and farm alligator harvests currently exceed 300,000 animals annually, while the population level (based on aerial nest surveys) remains stable.﻿